Secret Santa gifted The Chef some Irish coffee and it's been hanging around the kitchen since. Generally it's too early for alcohol before midday. And afterwards, too late for caffeine. I guess what I'm trying to say is, 9 am Baileys for the win.

The warming jacket of booze is sufficient that I'm writing these in the garden on a cold, but sunny, January day while everyone else naps. 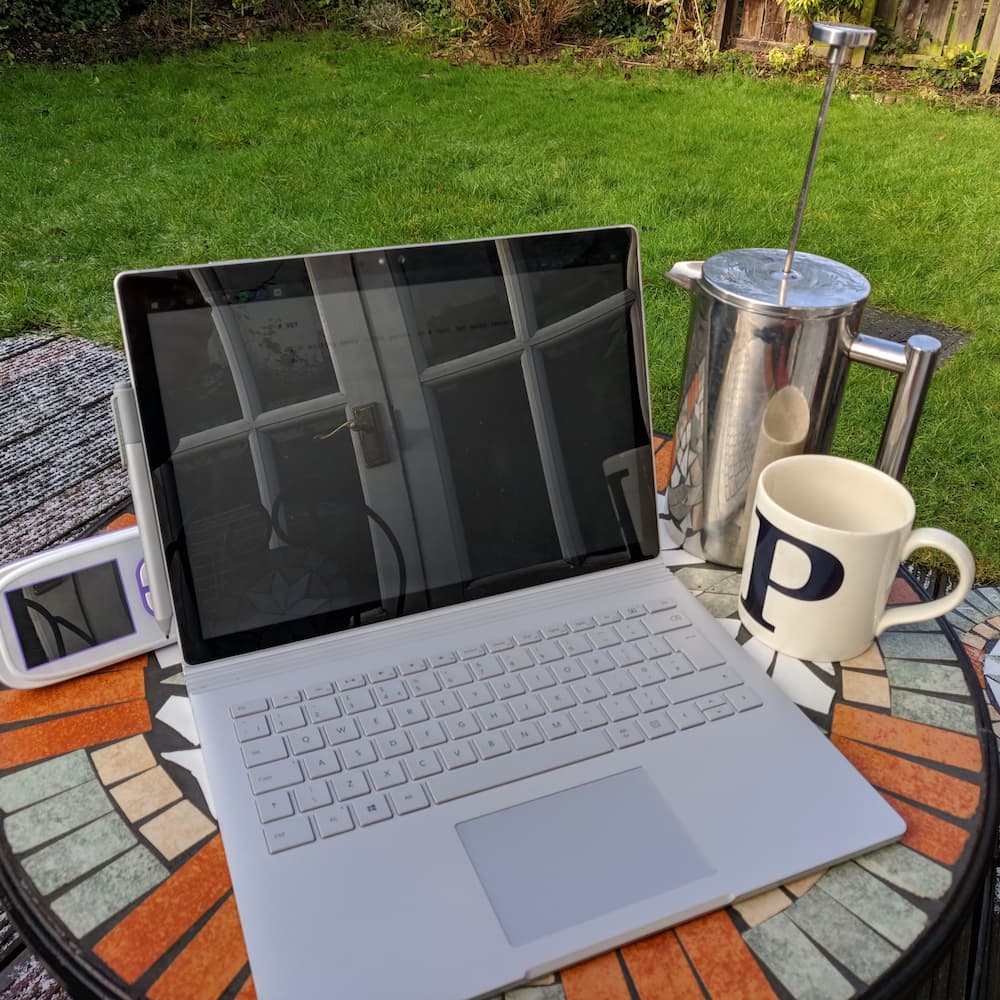 (Yes that is a dusting of snow on the ground)

Yesterday, Grandad came round to fix the roof. Having cut through the floorboards, found the source and put everything back by 11 am, he popped home to get extra stuff. Shortly after lunch he nipped out of the velux, lashed a tow rope over the chimney and started amiably sliding down the roof with flashing tape and tar. He at least consented to using my climbing harness, rather than tying the rope around his foot. We've to wait to for the next downpour to see if he was successful, but it was impressive either way.

The only help I could offer was to cheer-lead. So I repaired the garage slat instead. A short saga this time. Let's look at the bath again.

The Chef was rereading 100 words and had to laugh at our hope that lockdown would all be done before Piglet's first birthday. Ha!

She's had this week off. Excuse enough for Monday night takeaway. Piglet watched us shovel fried cheese balls into our face with disgust. She carried that feeling into the bath. When her face turned purple—a sure sign of impending mess—we whisked her out and plopped her on her potty. She had no choice but to use it as intended. She was not happy about the experience. Still counts though.

Coupled with her big girl bed at Lǎolao and Lǎoyé's, and her correct use of the progressive verb tense, she's really got a grip on the whole "they grow up fast" thing. The Chef even got to have a smug moment in the park as the other parents cooed over her precocious vocabulary. Right before she made a little boy cry in a reverse Georgie Porgie situation.

(That was probably insufferably proud parenting, but I want to celebrate her sometimes.)

Less insufferable but more worrisome is her continued over-enjoyment her squirty bath toys.

The distraction of Piglet and the Chef being around on Monday meant I had a definite dip in productivity at work. Pleasingly, the whole to-do list thing I'm sticking with restricted it to one day. It can't last.

I've been sneaking Turing Tumble into the evenings. The promo video has lots of children playing with it and one massive nerd. And I'm no longer a child. When the cascade works though, it's viscerally satisfying.

Eventually listened to the case of the missing hit. It's good, whilst being a textbook example of well-produced "podcast voice". This "investigation" in to the great bucatini shortage is the analogue in print. Fun, but/and McSweeney's escaped to the wild.

The last bit of tape from the Christmas decorations was peeled off the wall today. It's officially over.