We started last week with a takeaway so monstrous that we managed 5 meals from it. 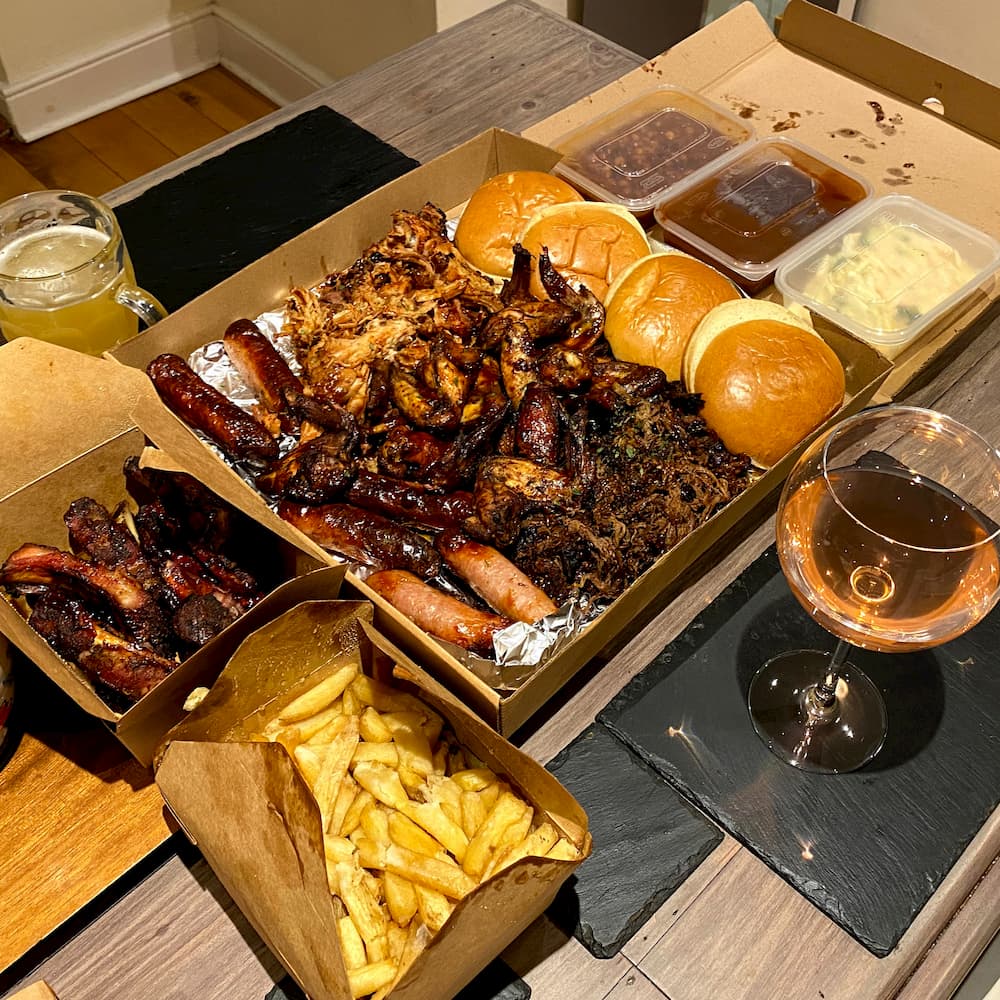 As noted in yearnotes, we're looking to plan a holiday to perk spirits. I like the look of Railbiking. The Chef less so.

When she's not pooh-poohing holiday ideas, The Chef treats me as a live in dictionary. She's looked up from her book this week to ask me, "What's rectitude?", "What's effluvia?", "What's catechism?", "What's crepuscular?" and "What age was I when I was 1 m tall?" One of those was tougher than the rest¹.

Suddenly, we realised that we'd inherited a lot of sub-par kids books and suddenly noticed that each time a book uses suddenly, it loses a star from its rating. We've a book about a polar bear with a negative rating. And a book about a hat with an infinitely positive rating. Now don't ask me any more questions about it.

Not that Piglet minds as long as we're reading with her. There's an unidentified overnight issue that's causing her to eschew sleep. (God I miss sleep). But during the day she's relentlessly sunny. Even more so than usual. She's introduced herself to her potty. Not using it yet, but she's content to sit on it and sing. She can almost do Old MacDonald unaided. Sadly, no sea shanties yet.

With lingering sentimentality in my system, I wasn't ready for the pause at 33 seconds in Kae Tempest's People's Faces.

Give me your beautiful, crumbling ... heart

It's just long enough to pour all of humanity into. Like the forever-beat when Chiron and Kevin look to each other in Moonlight or Lee and Clem say their farewell in The Walking Dead game.

And in humdrum life, Grandad has taken over my various half-bodge DIY. He's fixed my toilet failure and ruled out all my guesses at where the leak in the roof is coming from. He'll be back next weekend to cut through our bedroom floor and look for the actual source. Because he's my dad, he still won't take payment so I'm foisting beer on him instead. I've moved on to the much easier saga of the missing garage slat.

He has managed to impart enough knowledge that, when a friend rang to say his flat had flooded, I could set off with a bag of tools and some confidence that I could be useful. Very much the one-eyed man in the kingdom of the blind. Caught up on some good gossip while I was there as an essential handy-man too.

1: Who knew crepuscular meant active in the twilight? Aside from Pullman, that is.